Yesterday was a “Sea Day” and today was the last port on our itinerary.  I can’t believe the cruise is coming to an end.  It has been such a blessing to visit all the wonderful places we’ve been to and I am so thankful for the opportunity.

The tour today took us to three destinations.  The ship ported in Salerno and then we drove to Pompeii, Sorrento and along the Amalfi coast to Positano.  This was Salerno this morning as we were pulling in to port:

This morning I was right-on-time when I disembarked the ship and checked-in with the tour guide.  But when I stepped on the bus, everyone groaned at me for being the last person to board. Geez Louise! Apparently everyone else got downstairs EARLY and had been sitting on the bus eager to get started. Ha! Ha!  Allow me to reiterate that I was right-on-time. (They all reminded me of my eager-beaver Dad who used to be up at the crack of dawn and out the door two hours before we were supposed to be somewhere.) LOL.

The tour started with an hour journey to Pompeii. The story of Pompeii is fascinating (and sad).  Pompeii was a Roman city near modern-day Naples that was buried under volcanic ash and pumice in 79 AD when a near-by volcano (Mount Vesuvius) erupted. According to Wikipedia, the city was lost for about 1,500 years until its re-discovery in 1599 – and broader re-discovery in 1748.  For centuries, the city lay beneath the surface well preserved from air and moisture. The discovery of Pompeii has provided  us with an extraordinarily detailed insight into the life of a city during the Pax Romana. 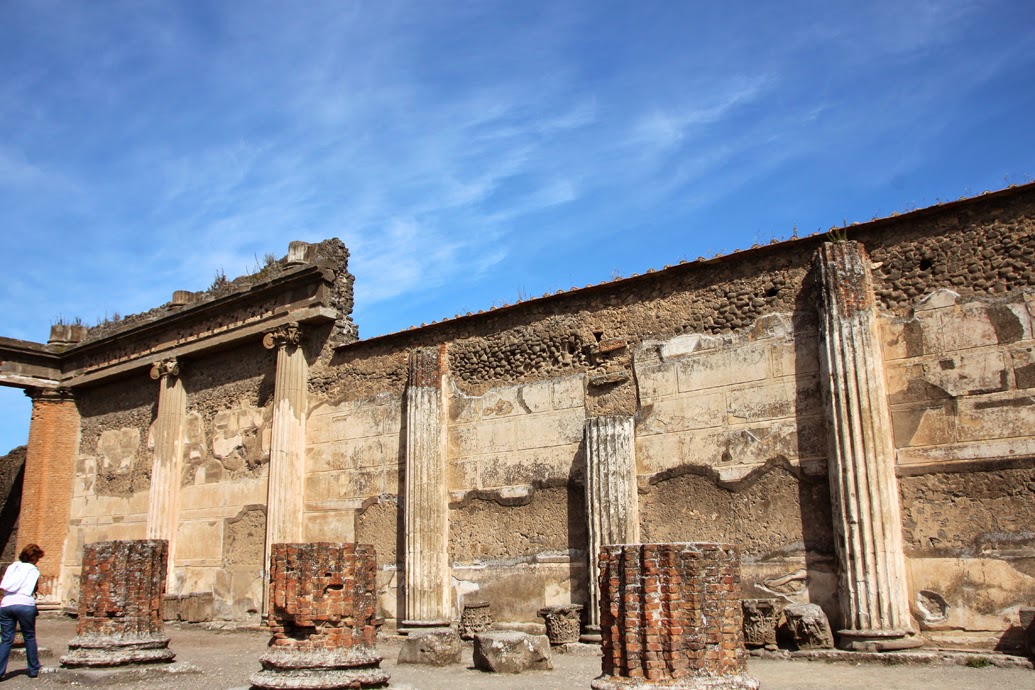 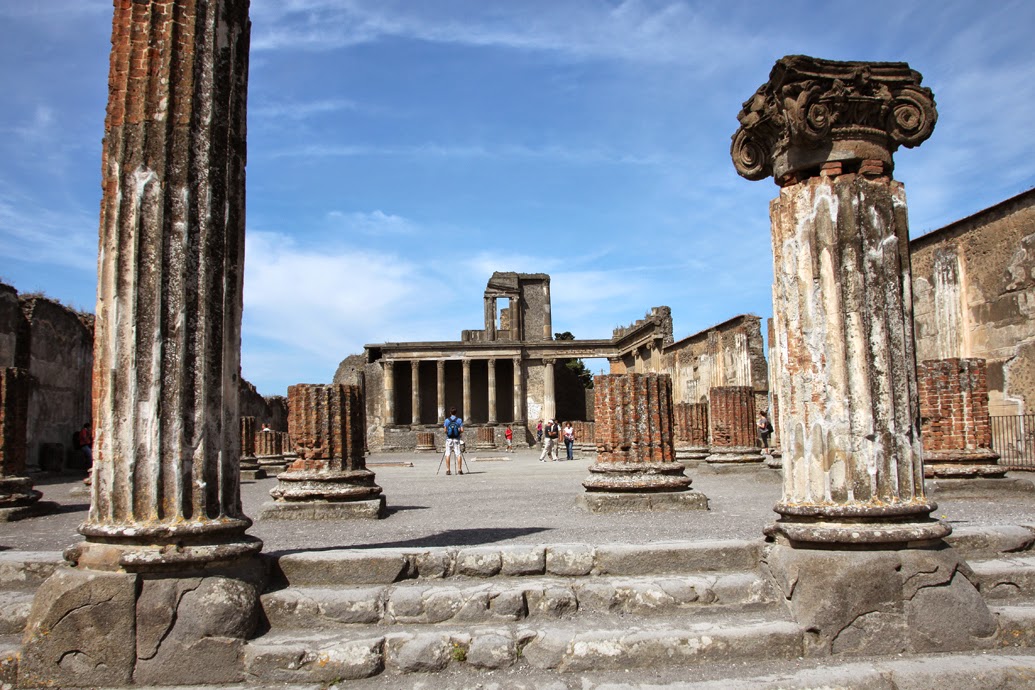 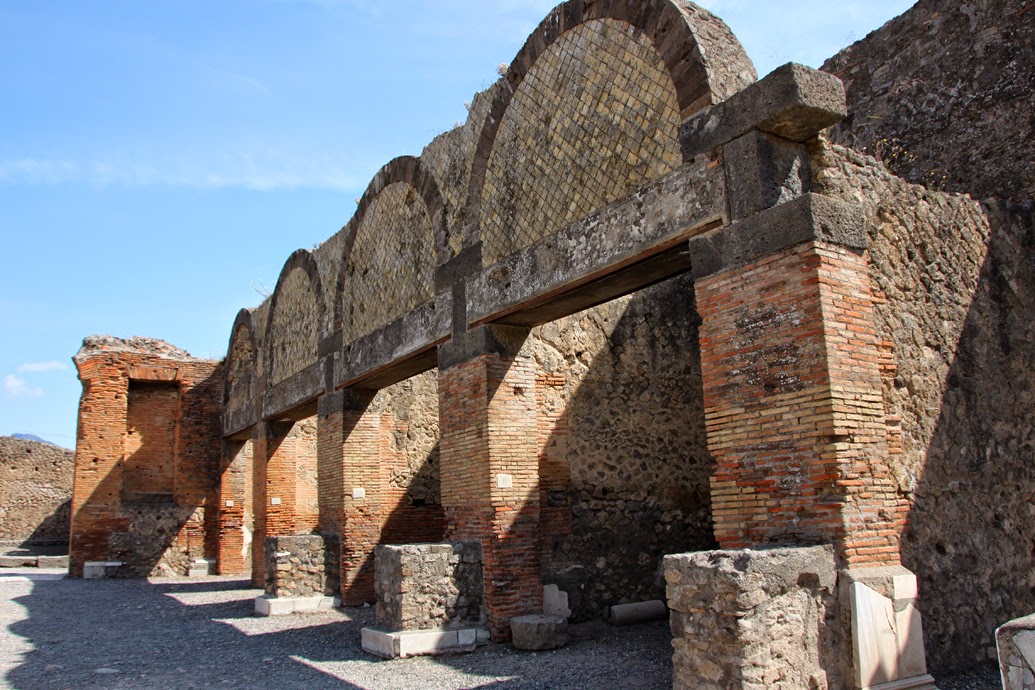 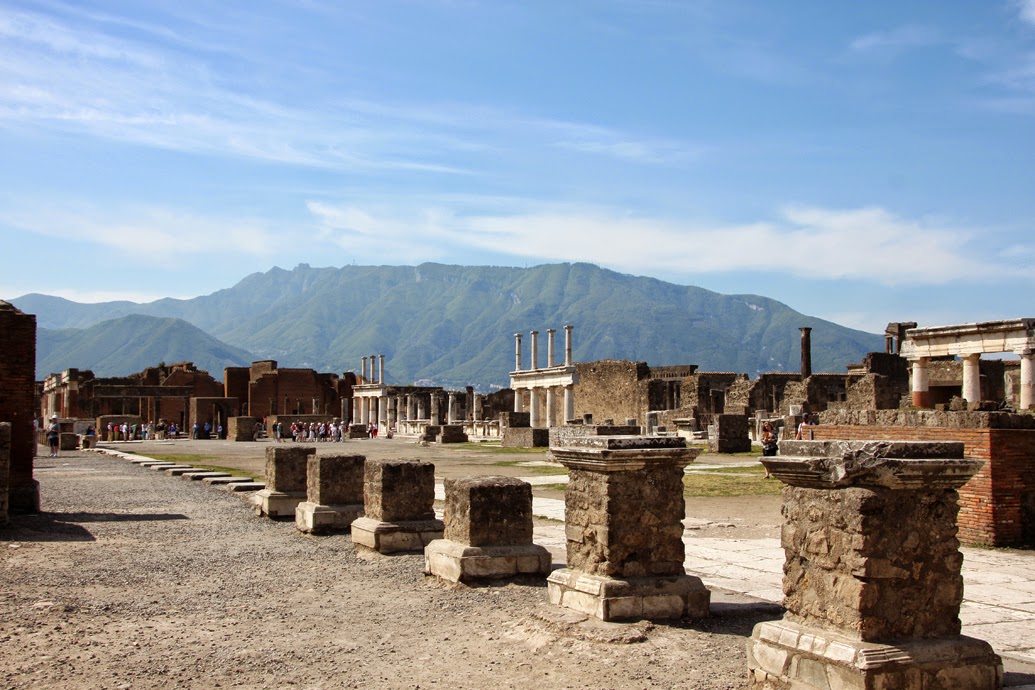 After Pompeii, we drove to the quaint southern town of Sorrento.  This vacation spot overlooks the Bay of Naples and is famous for its lemons, specifically its  Limoncello  – a sweet liqueur made from lemon rinds, alcohol, water and sugar.  I did not take a single photo of Sorrento because most of the group went straight to a nice restaurant in town and had lunch. I met a couple from North Carolina and enjoyed visiting with them. The woman reminded me so much of my cousin, Carla.

Back on the bus, we drove along the Amalfi Coast to Positano. The drive was beautiful. Everyone from home agreed it looked like Santa Barbara except it was much greener, and of course the water was deep blue. 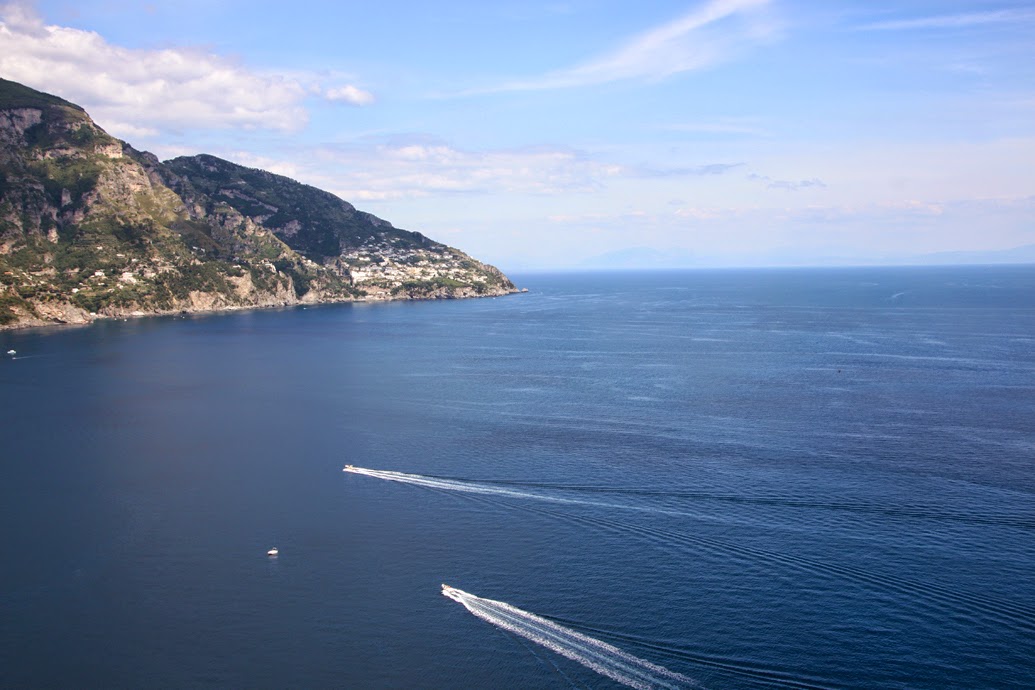 Tomorrow is our final “Sea Day” and on Wednesday, the cruise ends back in Barcelona. I’m sure everyone will be busy packing and preparing to leave the ship. My friend Stan is meeting me in Barcelona and we are flying to Vienna for a few days.