As I am writing this post, it is Sunday evening and the little town of Lezzeno is gearing up for the big championship soccer match between Spain and Italy. I am going to go downstairs and hang-out with the locals as they cheer for their team.  It should be exciting!

First thing this morning – view from the balcony:

After a quick breakfast, we walked up the street to the bus stop and hopped on a bus to Bellagio.  All I can say is they should give everyone a T-shirt in Bellagio that says, “I survived the bus ride from Lezzeno to Bellagio!” The streets are so narrow, there are almost no sidewalks, and the buildings come right up to the road. It’s bad enough if you are on a motorcycle or in a small compact car . . . but can you imagine what it’s like in a BUS? I hope the bus driver gets paid hazardous pay because he sure earns it! Bless his heart!
So we arrived in Bellagio in one piece and we only had about an hour to walk around before catching the ferry to the other side of Lake Como.  We visited Bellagio three years ago and it is such a charming place.  I was sorry I didn’t have more time, but I was excited to see the Villa. Perhaps we will get to spend more time in Bellagio tomorrow.

We took a ferry across to Lenno, found a place to have lunch, and then took a water taxi to Villa del Balbianello.  This is what the Villa looks like from the water.
The Villa del Balbianello and the Loggia were built in 1787 on the site of a Franciscan monastery by Cardinal Angelo Durini when he  acquired the Punta di Lavedo (a peninsula on the shoreline of Lake Como). He built two connected square structures – the Villa, and a Loggia (a separate building for the library and the music room).  When you look at the pictures, you will see the remaining facade of the church and the bell towers attached to the Villa. It’s so cool that he incorporated the exterior of the church into the house.

When the Cardinal died in 1797 the Villa was inherited by his nephew, Luigi Porro Lambertenghi.

He sold the property to his friend, Giuseppe Arconati Visconti. (You must read this name with a strong Italian accent. It sounds so much better!)

He and his wife turned the Villa into a prestigious summer salon and they enriched the Villa with the stone parapet that defines the terrace. But the family was slowly dying out and the Villa was abandoned for thirty-nine years.

In 1919, the Villa was purchased by General Butler Ames from Boston, Massachusetts. He and his family used it as a vacation home and he restored the Villa in an attempt to save the decor that once belonged to the Arconati family.

After the general’s death in 1954, his heirs sold the property to Guido Monzino, a prominent businessman from Milan who was a fervent collector and an explorer. The Villa was again restored and modernized and in part turned into a private museum where Monzino displayed his travel memoirs, art pieces and souvenirs of the famous expeditions he participated in.

After his death in 1988, the Villa – complete with his collections and furnishings – were left to a non-profit foundation along with a trust fund that helps to cover its maintenance.

Stan and I took a tour of the inside of the Villa and it was so interesting. Monzino was a perfectionist and had excellent taste in decorating. I was disappointed we were not allowed to take pictures. He has a very rare glass art collection and I wish I would have had more time to take it all in. 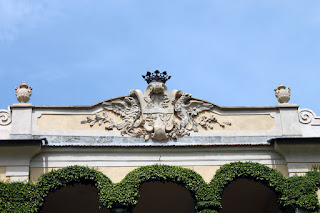 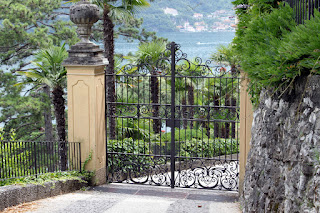 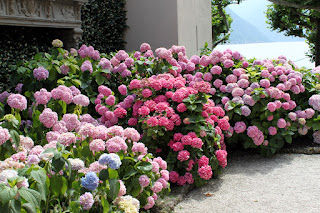