Yep! Spain, baby! I am so happy to be here I can’t stand myself.

But wait, I have to back-up because a lot has happened in the past week.
So What Happened Was . . .
Last Monday, May 19th, I left my house in Chicago for a 5-week European holiday. It is not easy to be away for such a long time – it takes a lot of planning.  In the end, it was a mad-dash to get everything ready / caught-up / organized / packed and planned, but I did it. Whew! By the time I boarded the plane, I was way past -due for some down-time.

I arrived in Barcelona on Tuesday evening and checked-in to my hotel where my roommate, Kris, was waiting.

A group of my friends from the dance circuit I belong to are embarking on a 12-day Mediterranean Dance Cruise which leaves Barcelona TOMORROW! Yay! We will be porting in Cannes, France; Florence, Rome, and Naples, Italy; Athens and Santorini, Greece; Ephesus, Turkey and returning to Barcelona. On the “at sea” days, we will be taking dance workshops including: Country Two-Step, Nite-Club Two Step, West Coast Swing, Hustle, Waltz, and Cha-Cha. How much fun is that? I am so excited!


After the cruise, Stan is picking me up in Barcelona and we will continue the trip with stops in Milan, Lake Como, England and Paris.

Since my arrival on Tuesday evening, we have been sight-seeing all over town. There is so much to see and we have only scratched the surface.  Kris and I decided to buy a “hop on / hop off” bus ticket which drives past all the points of interests in the city. It’s a great way to see everything and it afforded us the opportunity to stay as long as we wanted at any given attraction without being kept to a strict time-table.  Brilliant!

Barcelona is Spain’s second-largest city and the architecture is beautiful. I learned that in 1659 Spain ceded Northern Catalonia to France which may explain why there is such a strong French influence in the architecture.

Barcelona is a Mediterranean seaport so there is a high-energy vibe. We are staying in the nerve center of the city near the Placa de Catalunya not far from the festive Ramblas. La Ramblas is a stone paved promenade that runs from the plaza to the waterfront and it is lined with restaurants, shops, hotels, and the flower market. It’s very lively.

Yesterday, we visited the Montjuic area and specifically, the Poble Espanyol which is an entire little village constructed for the 1929 exposition. The buildings in this little village showcase all the architectural styles of Spain. Awesome!

As we were walking along, we stumbled into a clothing shop where every garment was handmade by  the shop owner. She was a precious soul who is originally from the Ukraine but now lives in Barcelona with her husband. I liked her immediately and loved her clothes.  I could see the love she poured into every stitch and I knew I could not leave without buying the one item that had been calling my name from the moment I walked through the door. It’s beautiful! I’m not going to say what it is; but if you stay tuned to future posts I will reveal the secret . . . maybe. Hint: it’s black. LOL.

Last night, Kris and I decided to attend an authentic flamenco performance. Oh my goodness, there are no words to describe the experience.  I have seen flamenco dances before, but last night I had the privilege of experiencing the grace and power of flamenco performed in it’s native country by some of the best dancers in the region. The passion, the intensity, and the artistic talent of the performers was an experience I will not soon forget. 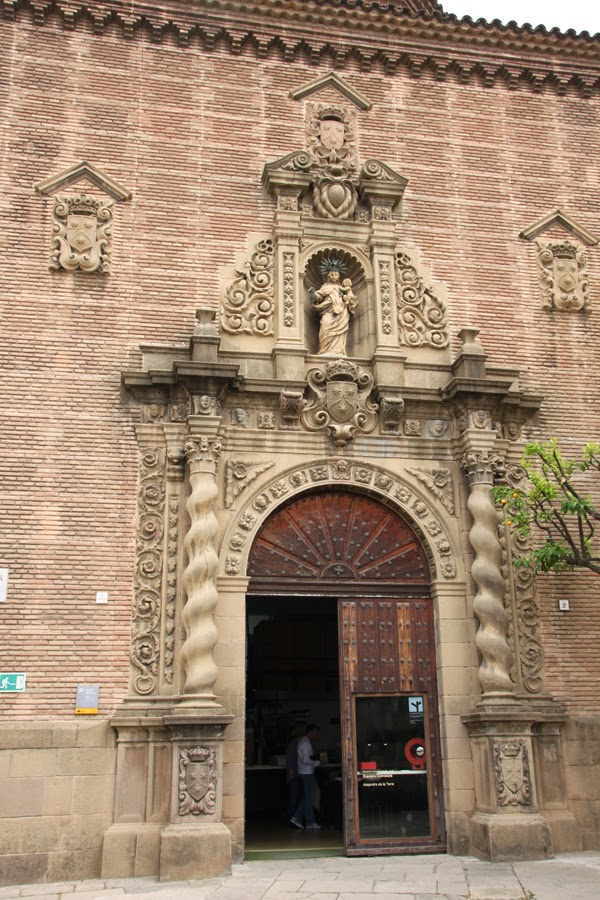 Antoni Gaudi (1852-1926) was a famous artist and avant-garde architect in Barcelona. Today we saw several of his buildings including the most prominent landmark in Barcelona – The  Sagrada Familia Church. It was certainly something to behold.  I personally do not care for this neo-Gothic modernist style (which was based on forms found in nature), but I can appreciate the incredible engineering and craftsmanship that his designs demand(ed).  I tried to take photos of the church but it was impossible to capture the essence of this cathedral with my limited photography skills.  I will insert a photo from the internet and leave it to the professionals. 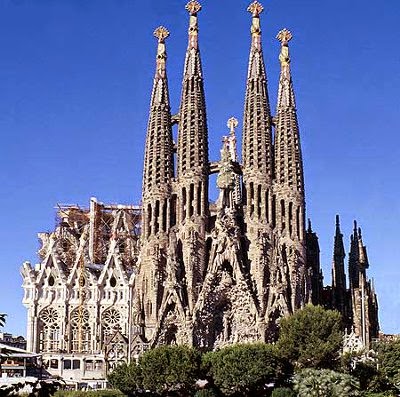 I also learned that Picasso spent much of his life in Barcelona. His most famous paintings are not housed here but the museums contain many examples of his early work.

Finally, the native language of Barcelona is Catalan which is a variation of the Spanish we are more familiar with.  For instance here they say carrer instead of calle; passeig instead of paseo; avinguda instead of avenida; and placa instead of plaza.

Up Next – Osaka, Japan The French Riviera, Cannes, France
Scroll to top