I wish I had a pedometer because I am really curious how far I walked. Judging by how tired my feet are, I know it was a lot!


Anywho, we spent a lovely day with Stan’s uncle and aunt, his cousin and her husband. They planned a very special day for us and we were on the go from morning till evening. Although Stan’s aunt is pushing 80, she is a fireball of energy and it was a challenge to keep up with her! (Note to self: get back to the gym!)


Our morning consisted of a guided bus tour of the Hiroshima Peace Memorial Park, the Peace Memorial Museum, and the Atomic Bomb Dome.  Our tour guide was a sweet older woman who was as cute as a button. She was very knowledgeable about her city and its history and she never stopped talking for a minute. Unfortunately, the tour was in Japanese so I didn’t understand a word of it but Stan filled me in on the highlights.


Our tour began at the Atomic Bomb Dome. The Dome (originally constructed in 1914) was located in the business district of Hiroshima next to the Aioi Bridge and was used for arts and educational exhibitions. It is the only structure that remained [partially] standing near the hypocenter of the nuclear blast on August 6, 1945. It has been preserved as a memorial of the bombing and as a symbol for world peace. 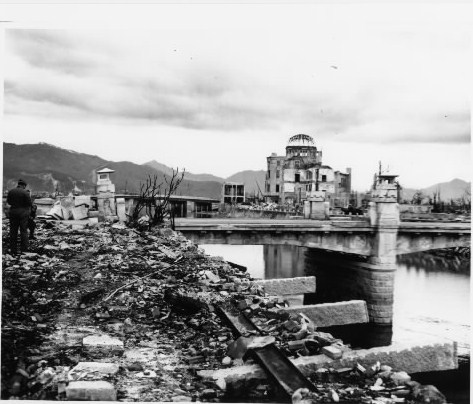 As I was pondering the devastation that occurred in August, 1945 in the very spot where I was standing, I happened to notice this man sitting on a park bench under the cherry blossoms reading a newspaper. The Dome is directly in front of him. He looked so casual and relaxed, and for a brief moment my brain and my emotions could not reconcile the scene: the co-existence of destruction and peaceful relaxation. I took a photo to remember the moment.


The location of Hiroshima Peace Memorial Park was once the city’s business downtown commercial and residential district. The park was built in an open field created by the explosion across from the Dome. The park contains various memorials and monuments but the one in the center is particularly moving. It is a concrete, saddle-shaped monument that covers a cenotaph containing the names of all the people who perished in the bombing. The cenotaph carries the epitaph, “Please rest in peace, for [we/they] shall not repeat the error.” The epitaph was written by Tadayoshi Saika, Professor of English Literature at Hiroshima University. He also provided the English translation, “Let all the souls here rest in peace for we shall not repeat the evil.” On November 3, 1983, an explanation plaque in English was added in order to convey Professor Saika’s intent that “we” refers to “all humanity”, not specifically the Japanese or Americans, and that the “error” is the “evil of war”. Stan’s aunt was a victim of the bombing and her name appears on the cenotaph. 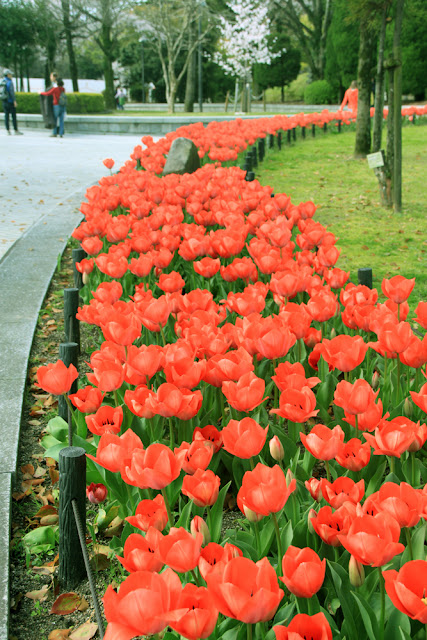 Finally, the Museum was the most emotional part of the tour. I could barely get through it. The exhibits are gut-wrenching and I had to fight the tears. Stan’s aunt pulled me over to a model of the city which represented areas that were destroyed. Speaking a language I do not understand, she shared her memories. As I listened to her tone and watched her facial expressions and body language, I understood every word. I realized grief is a universal language.


I have not fully processed everything I saw, so at this point I can’t begin to convey how it moved me. The only thing I CAN share is that my heart cried out to God today – for mercy, for deliverance, for restoration, for the victims of war and hatred, and for the hope of His coming.


After lunch, we continued the tour on a happier note. The afternoon consisted of taking a ferry to Miyajima to see [World Heritage Site] Itsukushima Shrine.


Itsukushima is an island in the western part of the Inland Sea of Japan, located in the northwest of Hiroshima Bay. It is popularly known as Miyajima, which in Japanese means, “the Shrine Island”. It is considered to be one of the most scenic spots in Japan.


Itsukushima Shrine has a long history and at the time of this writing I have not had the opportunity to research it. I paid particular attention to the architectural style and noticed how expansive the complex was but that is as far as I got. I DID find this one tidbit of information on Wikipedia that was interesting: the Itsukushima shrine is dedicated to the three daughters of Susano-o no Mikoto, who according to Japanese mythology, is the god of seas and storms and brother of the sun goddess Amaterasu. So, there you go. 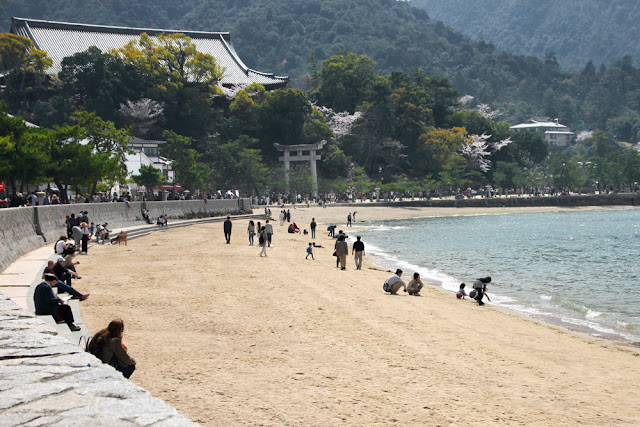 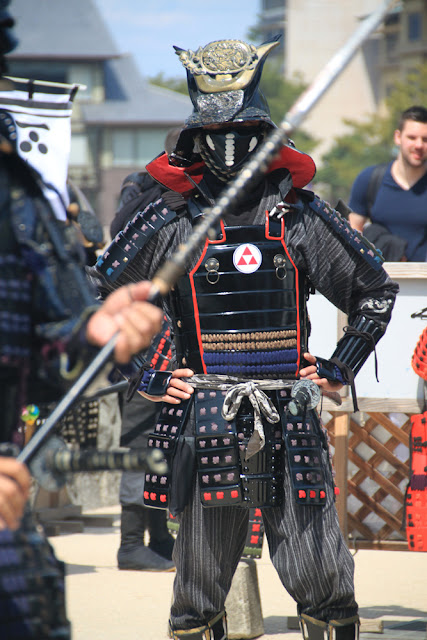 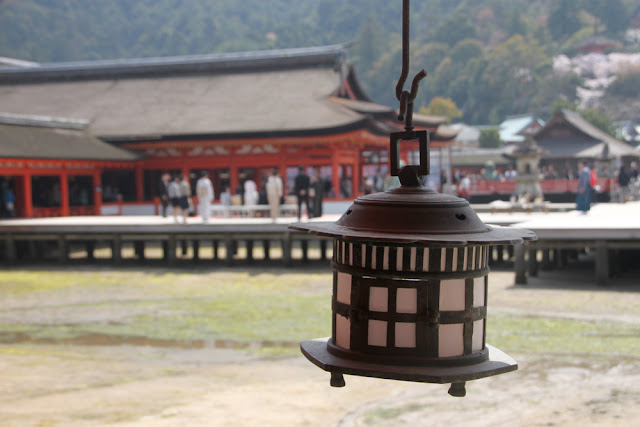 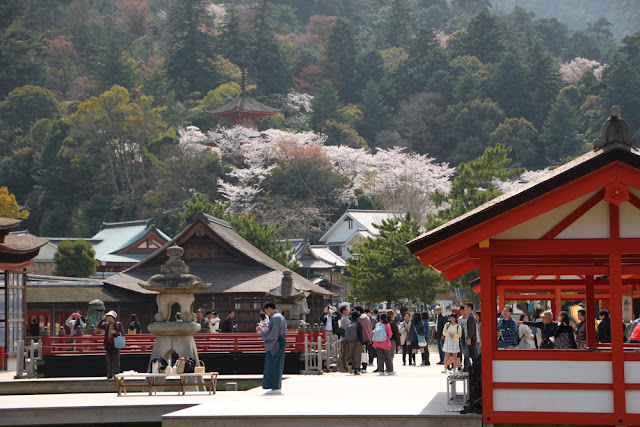 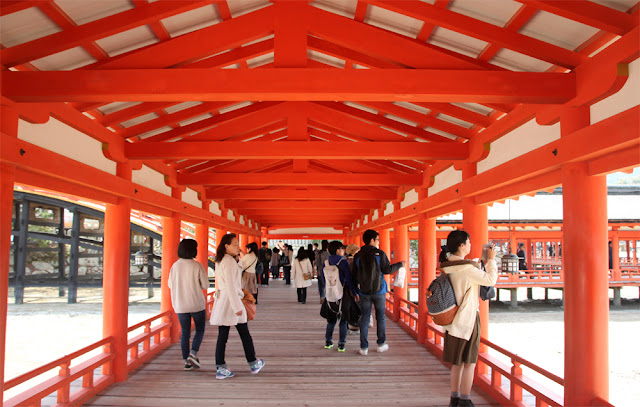 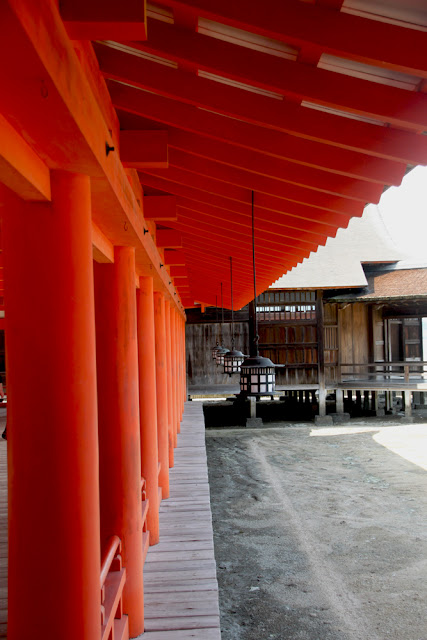 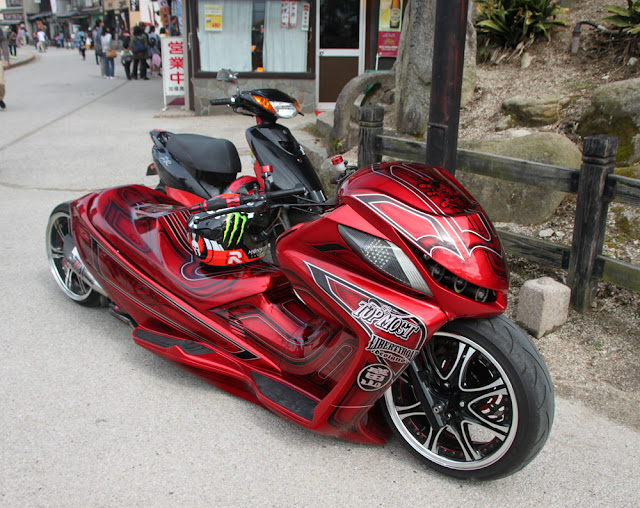 These are miscellaneous shots of people being people.


After the tour, Stan and I headed back to our hotel, dropped off our stuff and headed back to Peace Memorial Park to photograph “hanami”. In my previous post, I shared that one of the nation’s all-time favorite pastimes is – hanami – which literally means “looking at flowers” and refers to having picnics under the blooms. This evening, I was able to witness hanami firsthand. It was beautiful! 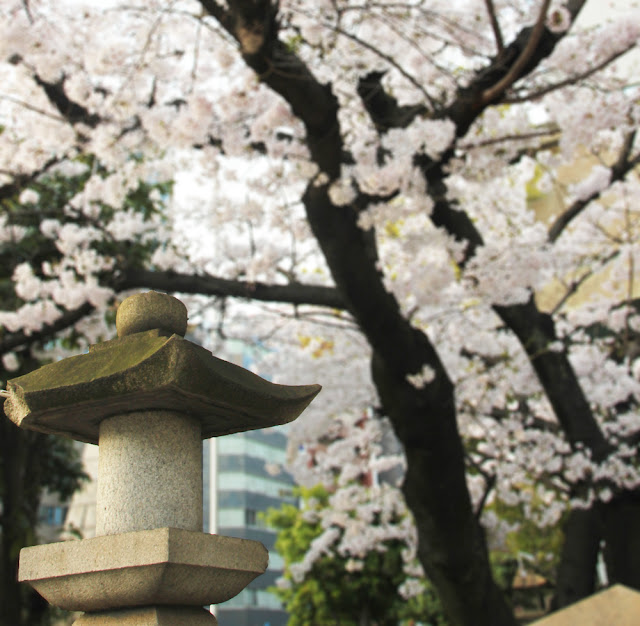 After a very long day, we were ready for a hearty dinner.  Stan suggested we try a unique place he spotted this morning.  It was a stand-up steak place!

You may have heard of stand-up sushi bars? Well, this was the same concept except they serve steak instead of sushi. The idea is you stand at a bar and a server takes your order. Then you walk over to the grill chef and he helps you select your size and cut of meat and you tell him how you want it prepared.  When the food is ready, you STAND at the bar and eat. It’s different. The food was good and I would go back again. But next time, let’s go on a day when I haven’t been on my feet all day, okay?

What Time Is It?