Ever have one of those days? Yeah, me too. Today was one of them.

The morning was overcast and rainy but that’s okay because most of our sight-seeing was indoors. I had a hard time getting up because I was awake until 2:00 AM writing this blog. I’m having way too much fun recording the details of our trip. I’m just sayin . . .

We had breakfast at the hotel and then headed out for Paris, Part II.
Stan is so great about figuring out where we’re going and how to get there. He navigates the subways, trains, and walking around the city like a pro. Look at how crowded the subway is in the morning!
Our first stop was The Louvre Museum. The museum is housed in the Louvre Palace which was the official residence for all the kings that ruled France prior to the French Revolution. In 1682, King Louis XIV chose to move his household to the Palace of Versailles leaving the Louvre as a place to display the royal collection and permitting the palace to be used as a residence for artists. After the Revolution, the National Assembly decreed that the Louvre should be used as a museum to display the nation’s masterpieces. It’s a long and very interesting story but time does not permit the retelling of it all.

Visiting The Louvre is like a two-for-one. Not only are the exhibitions, paintings, sculptures and artifacts worth seeing; the palace itself is embellished in the extreme french style and beautiful in itself. Now, I must confess I do not know very much about art so many of the pieces were somewhat lost on me. However . . . I was in awe at the opportunity to stand before Leonardo Da Vinci’s, Mona Lisa!
I enjoyed visiting the museum but it was very crowded and I could not figure out how to get my audio guide headphones to work. I missed out on the commentary of the palace and the exhibitions and after a few hours I was frustrated. (Note: this is not the only tantrum I will throw today; there’s more.)  Below are some of the interesting or beautiful pieces I was able to shoot.
Stan took these photos of some of the rooms on display of the royal apartments in the Louvre. I believe these are from Napoleon’s era. 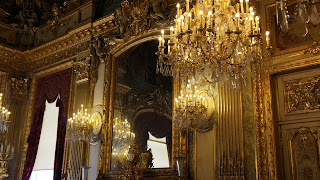 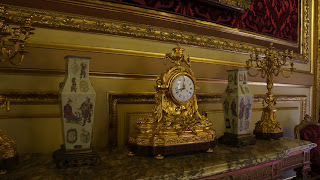 So, before leaving the Louvre, we stopped for lunch at the food court.

After lunch, before we left for our next adventure, I headed to the Ladies Room. Ya’ll . . . I had to pay 1.50 euro to use the facilities! Can you believe that? Geez! (Tantrum #2.)

We hopped on the train and headed to the out-skirts of Paris to the Palace of Versailles. I am sorry I did not get more pictures of the exterior, but as you can see it was cloudy and rainy and I did not feel like walking around outside. 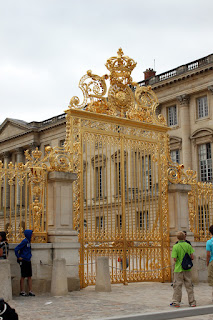 Here’s the story: In 1575 Albert de Gondi invited Louis XIII on several hunting trips in the forests surrounding Versailles. The king loved the area so much he decided to construct a hunting lodge in 1624. Thus were the humble beginnings of this great palace.

Over the years, Louis XIII’s successor, Louis XIV expanded the original structure into one of the largest palaces in the world. There were four building campaigns between 1664 – 1697.

In 1678 he decided to make Versailles his permanent residence and he eventually moved the court from the Louvre to Versailles.

Louis XV and Louis XVI made more changes to the palace and the gardens in the 1700’s.

Sadly, in 1789 during the French Revolution, the palace fell into the hands of the Republic. Louis XVI was arrested and Versailles was sealed. I read that the furnishings of the palace were sold in auctions and only certain items were consigned to be part of the collection of a museum. Mirrors were assigned by the finance ministry for payment of debts of the Republic and draperies, upholstery, and fringes were confiscated and sent to the mint to recoup the gold and silver used in their manufacture.

In the 1800’s, after all the upheaval, Napoleon came on the scene and everything changed again. As far as I can tell though, the palace was never restored to it’s former beauty or returned to it’s prominent status.  It’s such a shame that all the grandeur has been lost or faded. I found the palace to be in a serious state of disrepair.

Overall, I’m glad I got to visit the palace but it was not a good experience. There were throngs of people crammed into very tight spaces – no crowd control whatsoever. It was difficult to see the items of interest and impossible to take a decent picture. By the time we left I had been pushed, shoved. stepped-on, and stepped-in-front-of. I finally lost my patience and told Stan I was ready to leave. (Tantrum #3.)

Bless his heart. When we finally made our way out, he took a few shots of the garden and we left.

Like I said, I was having one of those days! 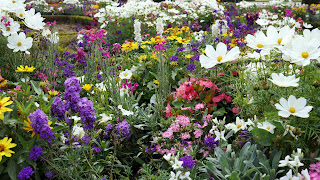 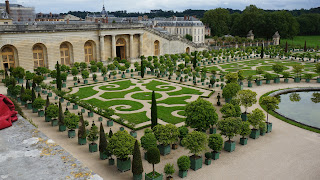 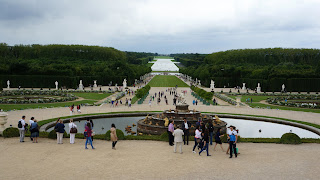 The day ended on a good note. On the train ride back to Paris, we met some really fun people from Southern California. Two couples and their children are vacationing together and we all started talking and sharing stories. We were laughing so loudly, I’m sure the rest of the passengers were glad when we got off the train. I didn’t get their names, but I am so thankful to have enjoyed their company!
July 12, 2012/0 Comments/by H.A. Schiavone
https://theeventcenterofmoorpark.com/wp-content/uploads/2022/03/The-Event-Center-Banner-300x77.jpg 0 0 H.A. Schiavone https://theeventcenterofmoorpark.com/wp-content/uploads/2022/03/The-Event-Center-Banner-300x77.jpg H.A. Schiavone2012-07-12 23:01:002012-07-12 23:01:00Paris, Continued
0 replies